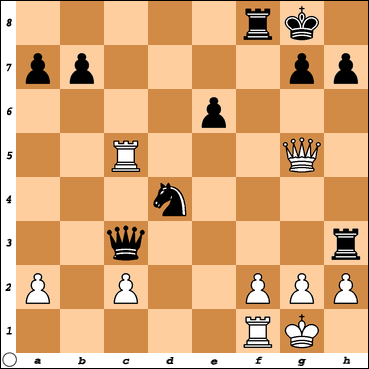 Levitsky versus Marshall, also known as The Gold Coins Game, is a famous game of chess played by Stepan Levitsky and Frank Marshall. It was played in Breslau on July 20, 1912.

It is unclear whether the legend that the winning queen move triggered a shower of gold coins is true. Marshall insisted that "the spectators ... threw gold pieces on [his] board at the conclusion of [his] brilliant win over Levitsky"

* Black to move - where did Marshall move his queen ?