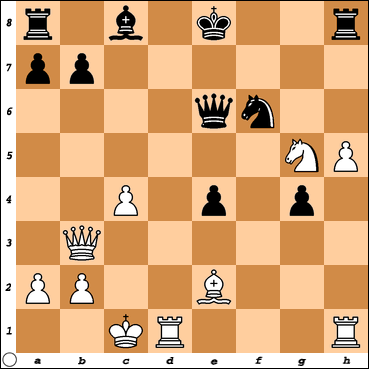 In chess, attraction is a tactical motif, typically involving a sacrifice that attracts an opposing piece, often the king, to a square where its new position can be exploited by a tactic favouring the attacker.

Deflection in chess is a tactic that forces an opposing piece to leave the square, rank or file it occupies, thus exposing the king or a valuable piece.

Diagram - White has just recaptured a pawn on g5 and now threatens Black’s queen.Black responds with 23… Qe5 attacking the knight. Why doesn’t this work ?