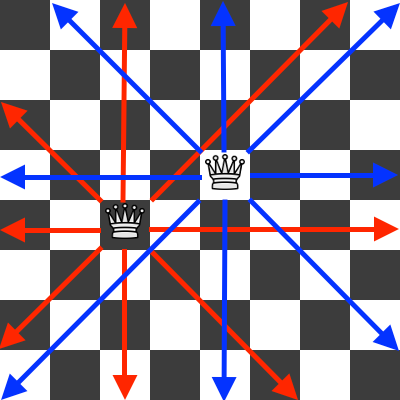 Many chess historians like Murray H.J.R. and Yalom believe that rise of the chess queen is deeply connected with the rise of female monarchs in Europe. In other words, the queen's rise on board is related to historical events that happened around the 15th century.

The piece earlier known as the advisor was named queen and was given the amalgamated powers of the rook and the bishop. Gradually, these changes spread throughout the globe thanks to the emergence of the printing press in Europe and colonialism and this was how the queen became the most powerful piece on the chess board.

The 8 Queens problem was formulated in 1848 by the Bavarian chess player Max Bezzel. He raised the question of how many solutions could be found to place 8 queens on a chess board in a way that no one of the queens captures another one.