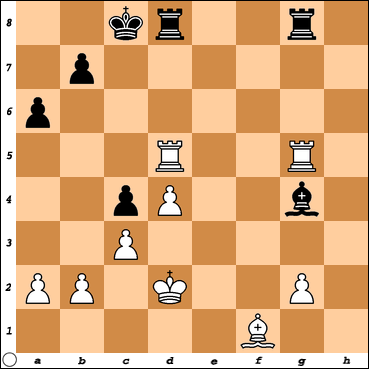 I've always wondered how I could prevent simple blunders since much of the time this is what costs me the game since usually I find myself developing a structural advantage in the beginning and end up losing by blundering a piece away. So I thought that if I could simply stop blundering I could move up to the next level. Well, of course that's not so simple to consciously prevent blunders so I just kept on playing chess with no further strategy of decreasing blunders. And then I discovered that as I began playing chess on a regular basis the blunders vastly decreased. So if you ask your self, why do I have chess blind spots? Why do I keep blundering? Realize that if you play chess on a regular basis your chess vision will become proficient and you won't be as susceptible to blundering pieces away. I don't think you can just simply say to yourself, okay I will be on the lookout from now on for blunders - post on reddit.com

Diagram - White has just captured a pawn on d5. Black now decides to exchange rooks. Which rook should he take ?