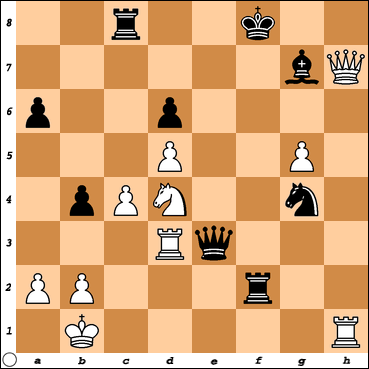 Diagram - in this blitz game between two professional GMs White has played 31 Rd3. Black, however, did not move his queen in reply.

* What did he play to win the game 6 moves later ?* Check out more games from the SuperUnited Blitz tournament played in Zagreb between some of the world's top GMs