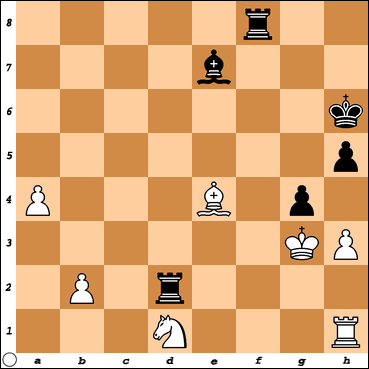 A lower rated player has less pressure/expectations of winning and is possibly more relaxed in their thinking on moves as well as being more careful knowing their opponent is much better. Couple this with a higher rated player taking an opinion of thinking they should win easily, not playing maybe as well as they can and not thinking too hard on each move because they expect to win with little effort. This can be fatal and is probably the reason why half the games won by lower rated players than their opponents happen - Chess.com forum

Diagram - How does Black capitalise on his position with his next move ?