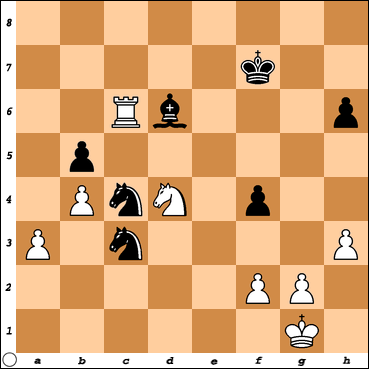 International chess returned to Gibraltar in a new and exciting format in January 2022. Ten top-rated women players competed against a team of ten similarly rated men at classical chess in the Battle of the Sexes match-tournament

The Battle of the Sexes Chess Tournament concluded with a 53-47 score for the men's team... read more

Diagram - Which move by White brought about Black's resignation ?