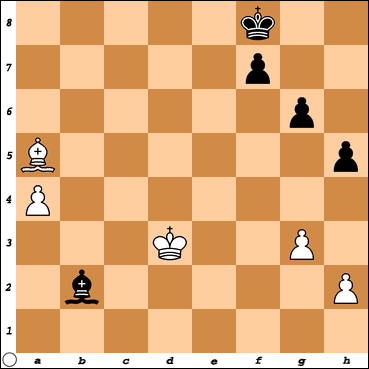 The distant passed pawn (also known as outside passed pawn) is important in various kinds of endgames, but above all in pawn endings. This is so for three reasons: its frequency, its strong influence on the outcome, and the ease with which it can be exploited. While it is just an advantage in other endgames (and not in all of them), in pawn endings it is usual for the distant passed pawn to win the game; it can even win with a disadvantage in the number of pawns. The reason is very easy to understand: the king is the only piece that can deal with it, and to do so he has to travel a long distance. As a consequence of moving his king so far away, the player loses all his pawns on the other wing - 100 endgame patterns you must know