Great battles over the board 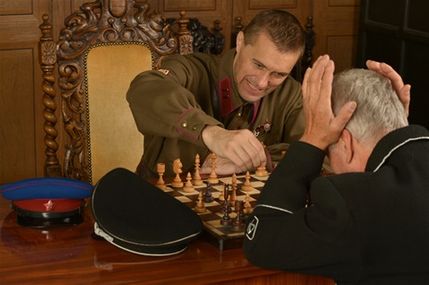 The World Chess Championship 1972 was a match between challenger Bobby Fischer of the United States and defending champion Boris Spassky of the Soviet Union. The match took place in Reykjavík, Iceland. The excitement surrounding the match was such that it was called the "Match of the Century". Fischer became the first American born in the United States to win the world title. The match was mired in political overtones during the height of the Cold War. The Soviet chess system had a monopoly on the title since 1948, and the expectations on Spassky were enormous. While Fischer studied chess virtually in seclusion, Spassky had the full resources of the USSR.

Game 6 has been remembered as one of the great attacking games. After this game Spassky joined the audience in applauding Fischer's win. This astounded Fischer, who called his opponent "a true sportsman". Fischer went up 3.5-2.5 after having been down 2-0. He went on to win 12.5-8.5