In Search of Bobby Fischer 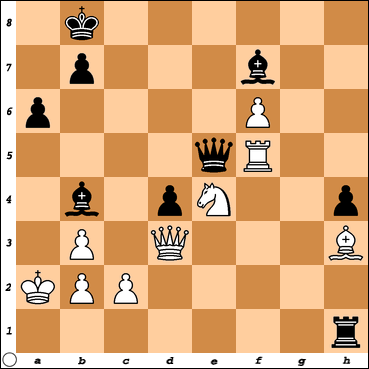 In this position White has just moved his king out of check. Josh (Black) plays a move which threatens mate next move.