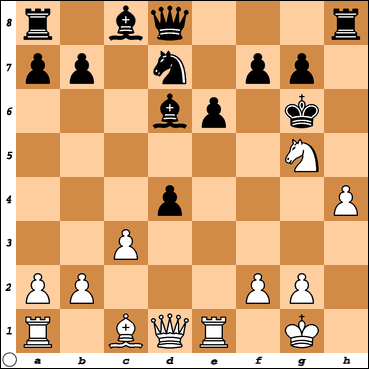 In chess, the Greek gift sacrifice (or as it is more commonly called, the classical bishop sacrifice) is a typical sacrifice of a bishop by White playing Bxh7+ or Black playing ... Bxh2+. Greek gift sacrifices, or the threat of them, occur relatively frequently in play, especially at the lower levels.A Greek gift is a gift given with the intention of tricking and causing harm to the recipient. The Trojan Horse is a story from the Trojan War about the subterfuge that the Greeks used to enter the independent city of Troy and win the war. After a fruitless 10-year siege, the Greeks constructed a huge wooden horse and hid a select force of men inside, including Odysseus.

In the position diagram White had played 12 Bxf7+ Black has just played 14...Rh8

🤔 How does White proceed ?   Play the game