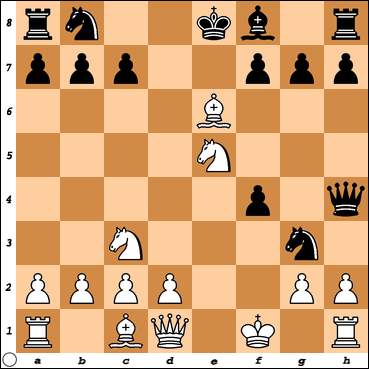 'Of the three traditional phases in the game of chess - ­the opening, the middlegame, ancl the endgame - the opening is always the most significant to the average player. That's because every game has an opening, and therefore certain opening principles are important to every game. You've got to play the opening to get to the middlegame or endgame, and in fact many chess games end in the opening phase simply because the other two phases don't exist if you lose the game in ten moves' - Bruce Pandolfini Chess Openings: Traps and Zaps

In the diagram position White is in check and has a problem deciding between 2 moves.