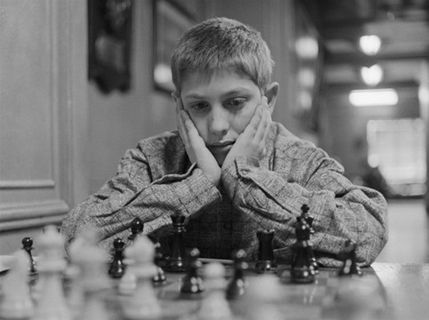 In March 1949, 6-year-old Bobby and his sister Joan learned how to play chess using the instructions from a set bought at a candy store.  When Joan lost interest in chess and his mother did not have time to play, it left Fischer to play many of his first games against himself. He spent hours playing through games from books and was soon playing at the top level in the USA, winning many tournaments.

In 1972, he captured the World Chess Championship from Boris Spassky of the USSR in a match held in Reykjavík, Iceland, publicised as a Cold War confrontation, which attracted more worldwide interest than any chess championship before or since.