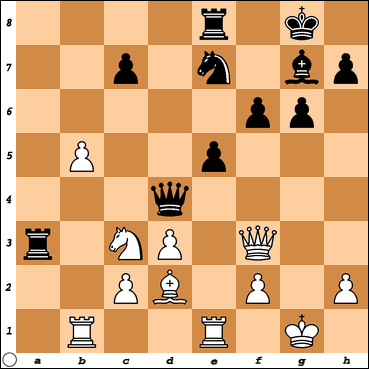 Chess is thought to be 80% tactics, and it is not any different for blitz chess (each player has 5 mins on their clock). Pay attention to your position as well as your opponent’s while playing. Spotting your opponent’s tactics and tactical mistakes will give an advantage in the game.

In this speed chess game Magnus Carlsen (White) plays a clever tactical move to queen his pawn on b5.

Hint: think about all the potential squares the white knight can move to